Hurricane Harvey and how you can help without leaving your couch.

AMVETS is collecting monetary donations, hygiene items, clothing, and household items to help the Houston and surrounding area.  You may send or drop off your donations to

The flooding comes after the hurricane left at least three people dead after it bashed the Texas coast. Buildings and parts of communities are submerged and, in Houston, there were more than 1,000 calls for rescues and people were forced to their rooftops.

One death was confirmed Sunday by Mayor Bobby Hocking of La Marque, Texas, about 38 miles southeast from Houston on the Gulf Coast. The body of a 52-year-old man was found at a Walmart there on Interstate-45.

“At this time it is unknown if the subject passed away from health conditions or due to drowning, there was high water in the area of Walmart last night,” the La Marque Police Department said in a statement.

Another person who died was in Houston, after a woman was “swept away,” according to Art Acevedo, Houston’s chief of police.

“Sadly, we have lost one female member of our community who encountered floodwaters in her vehicle, got out and was swept away,” Acevedo said.

Officials said another person died in the coastal city of Rockport.

Meanwhile, workers are scrambling to locate survivors of the deadly storm, and some police departments are even seeking help from local residents in their rescue efforts. 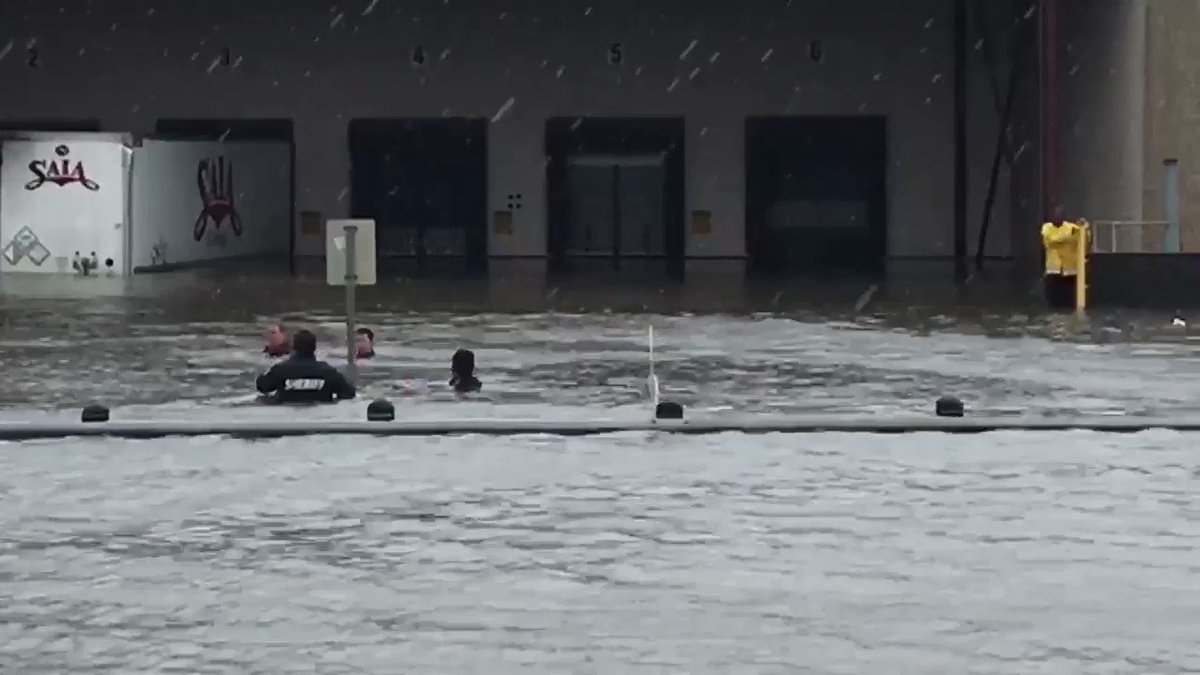 The League City Police Department, located about 30 miles south of Houston, posted on Facebook that it was looking “for people with flat bottom or low water boats to assist with rescue and evacuation.”

“Please send LCPD a Facebook message with name, phone number, location of boat, length and style of boat if you can be mobile with your boat and are experienced in operation of the boat,” the League City police wrote.

The Houston mayor said this evening that the majority of the city’s homeless are off the streets and in shelters.